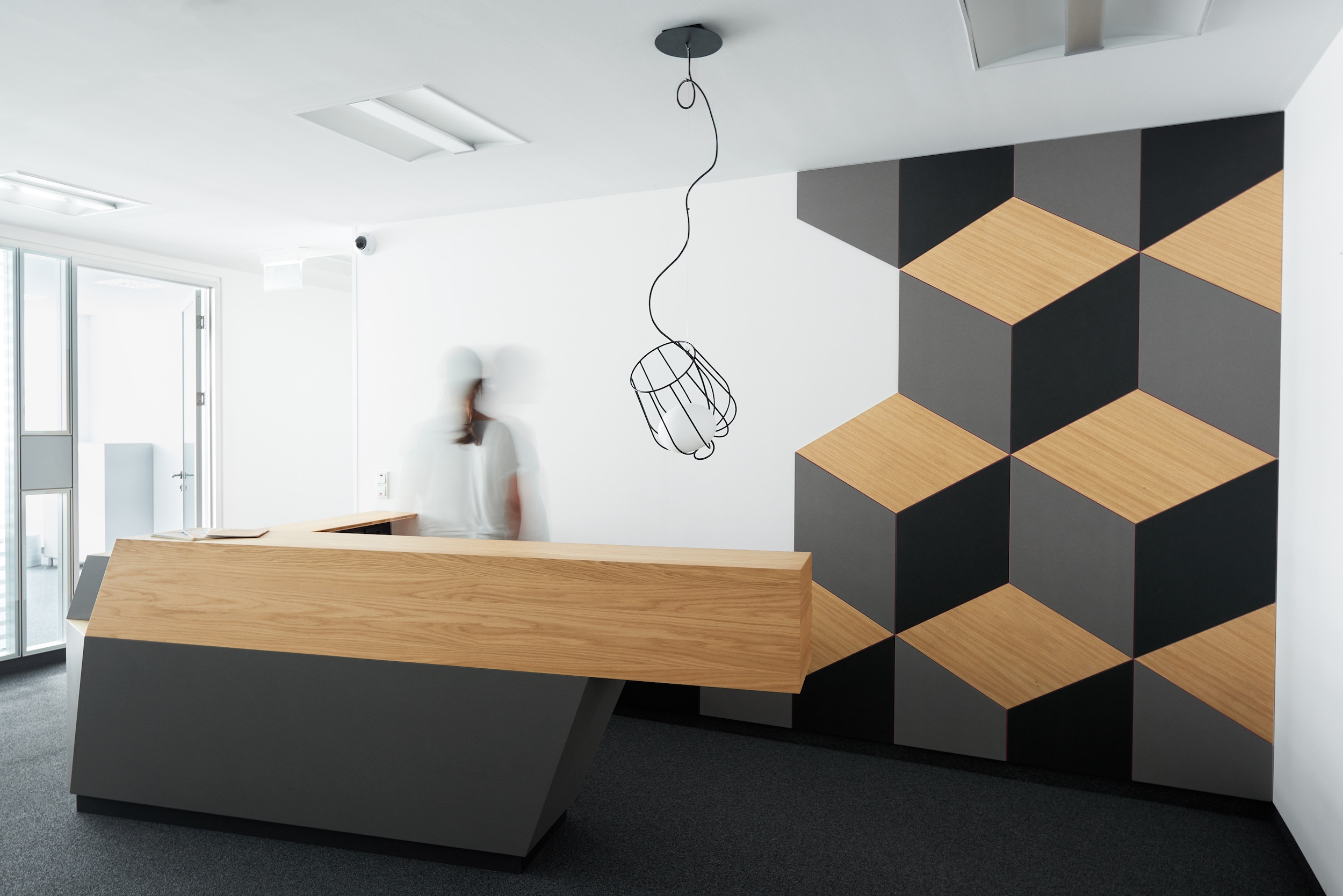 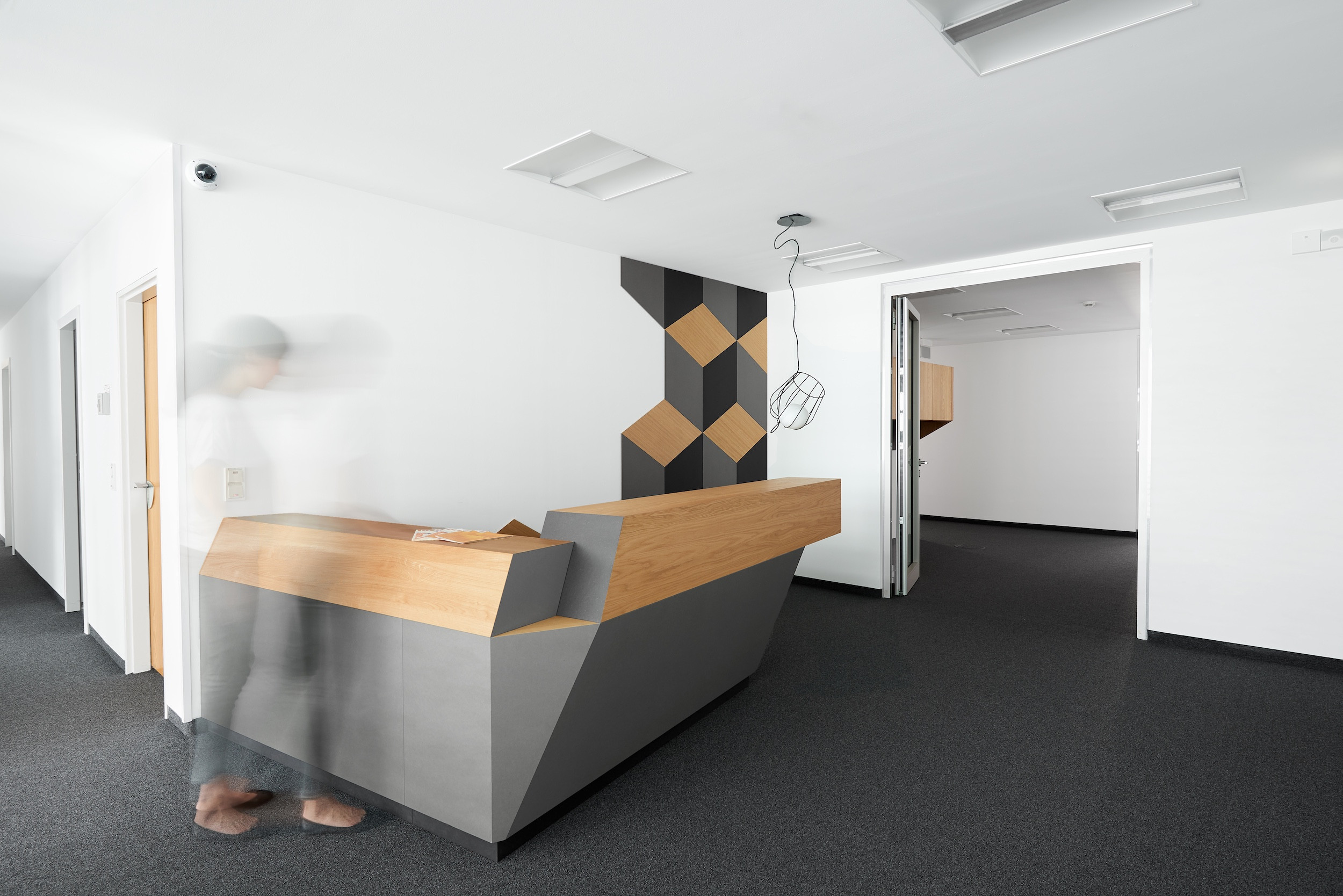 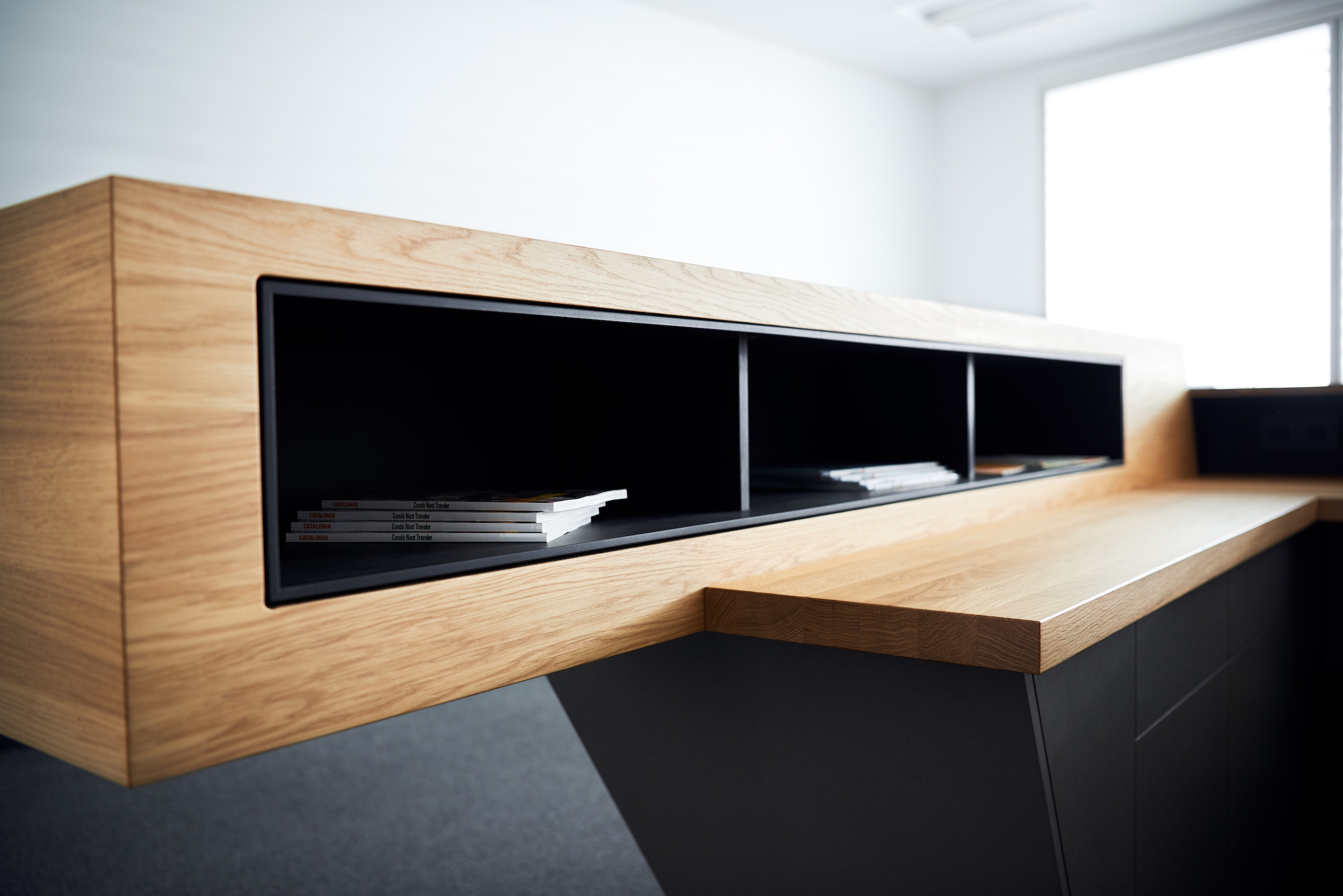 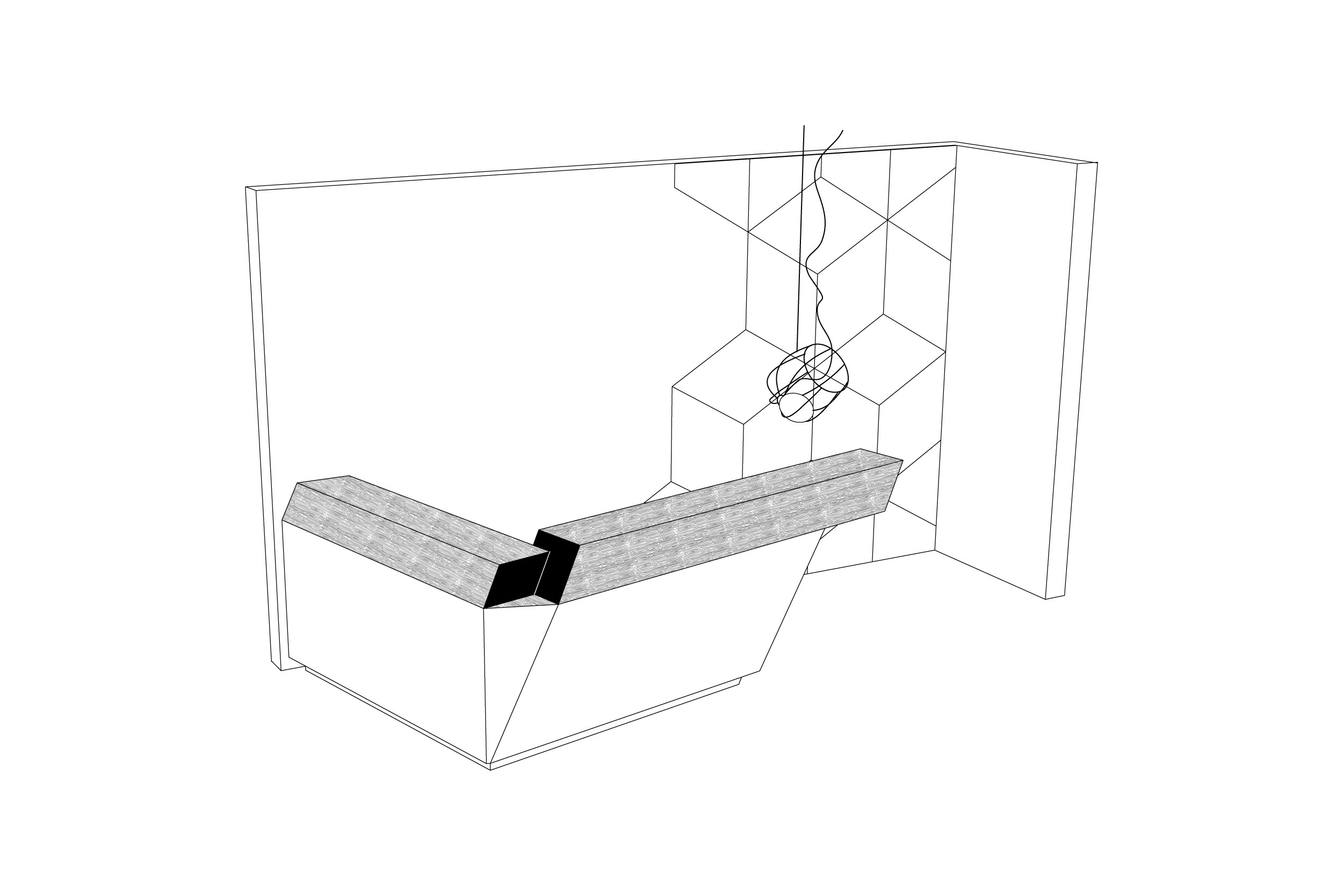 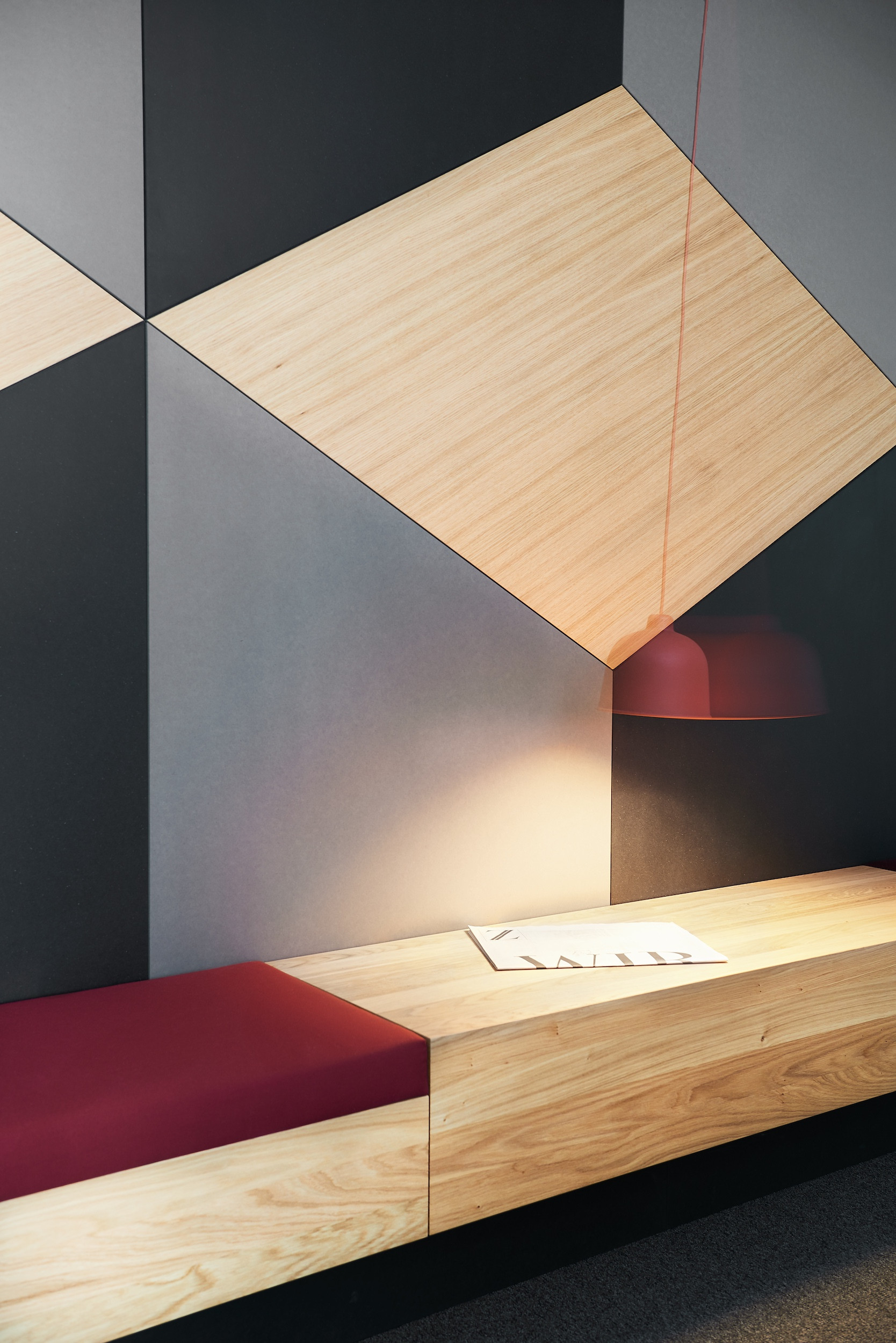 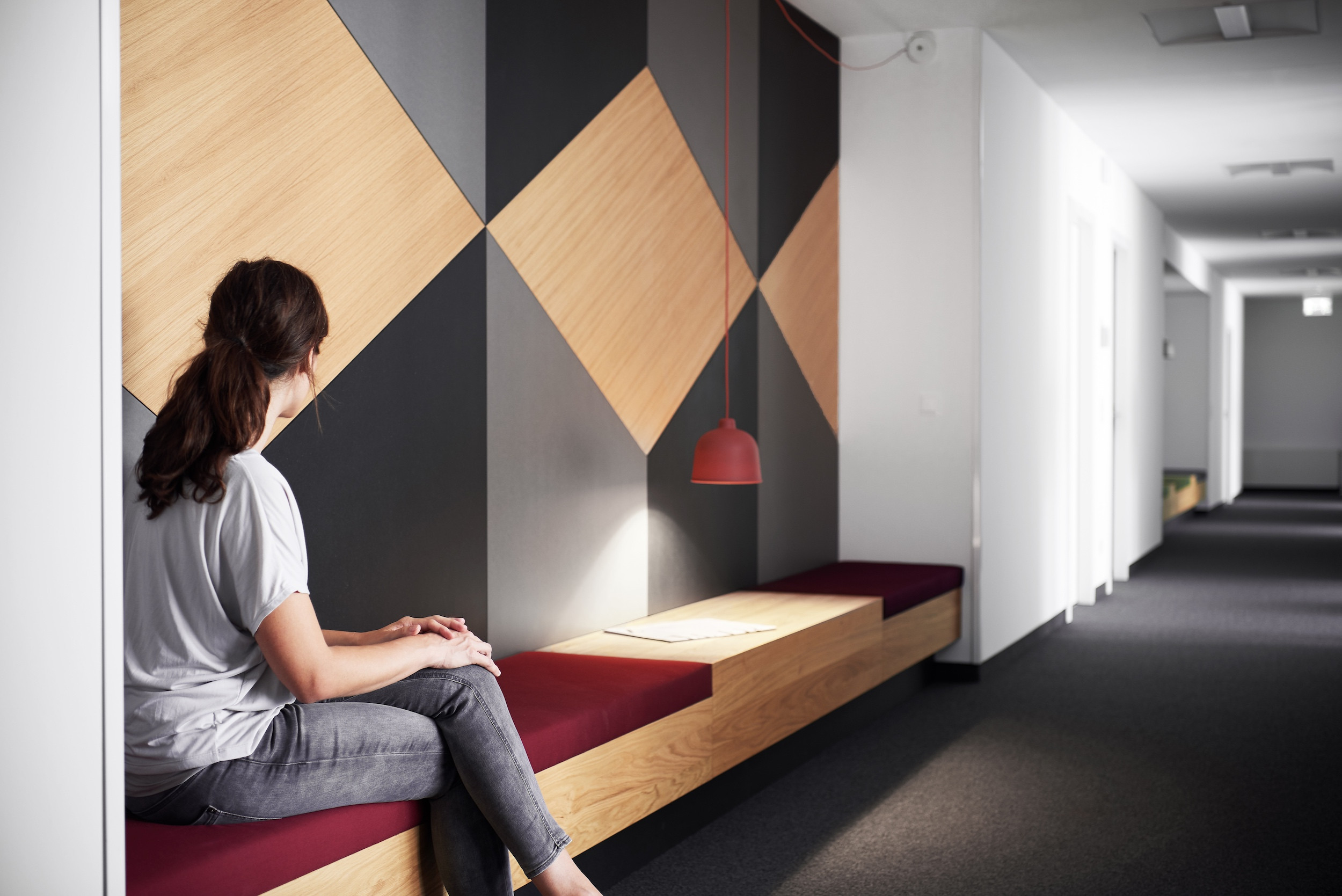 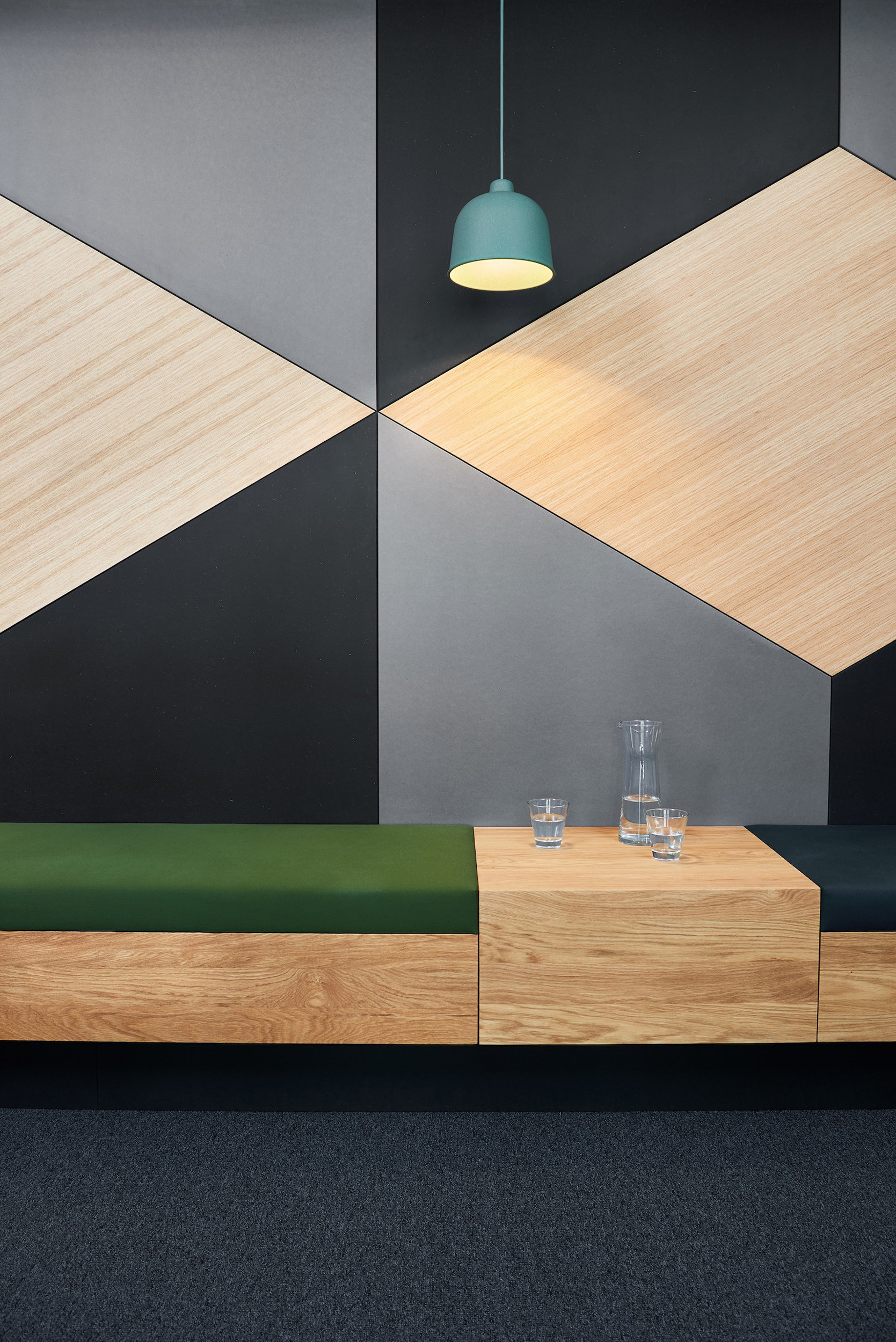 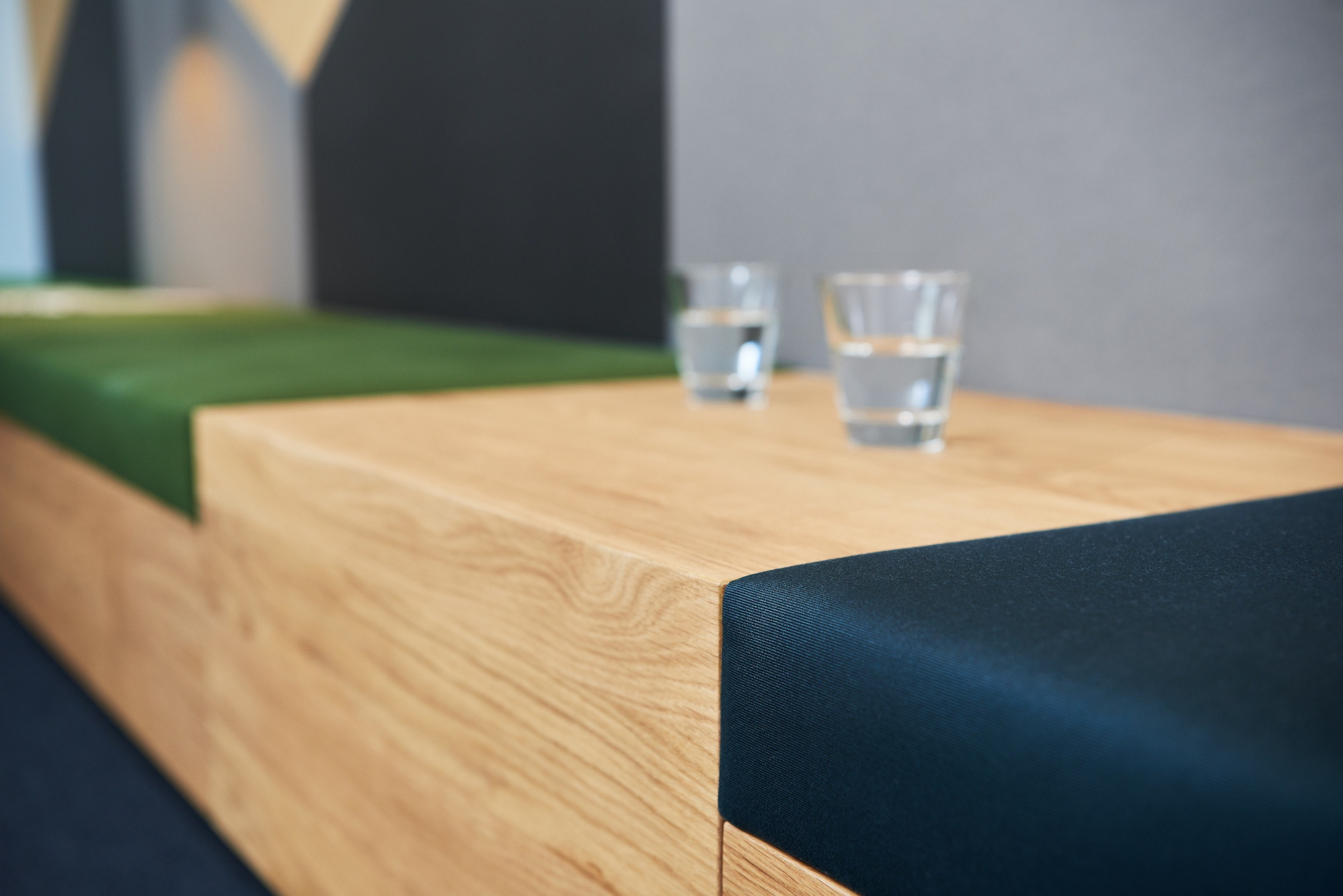 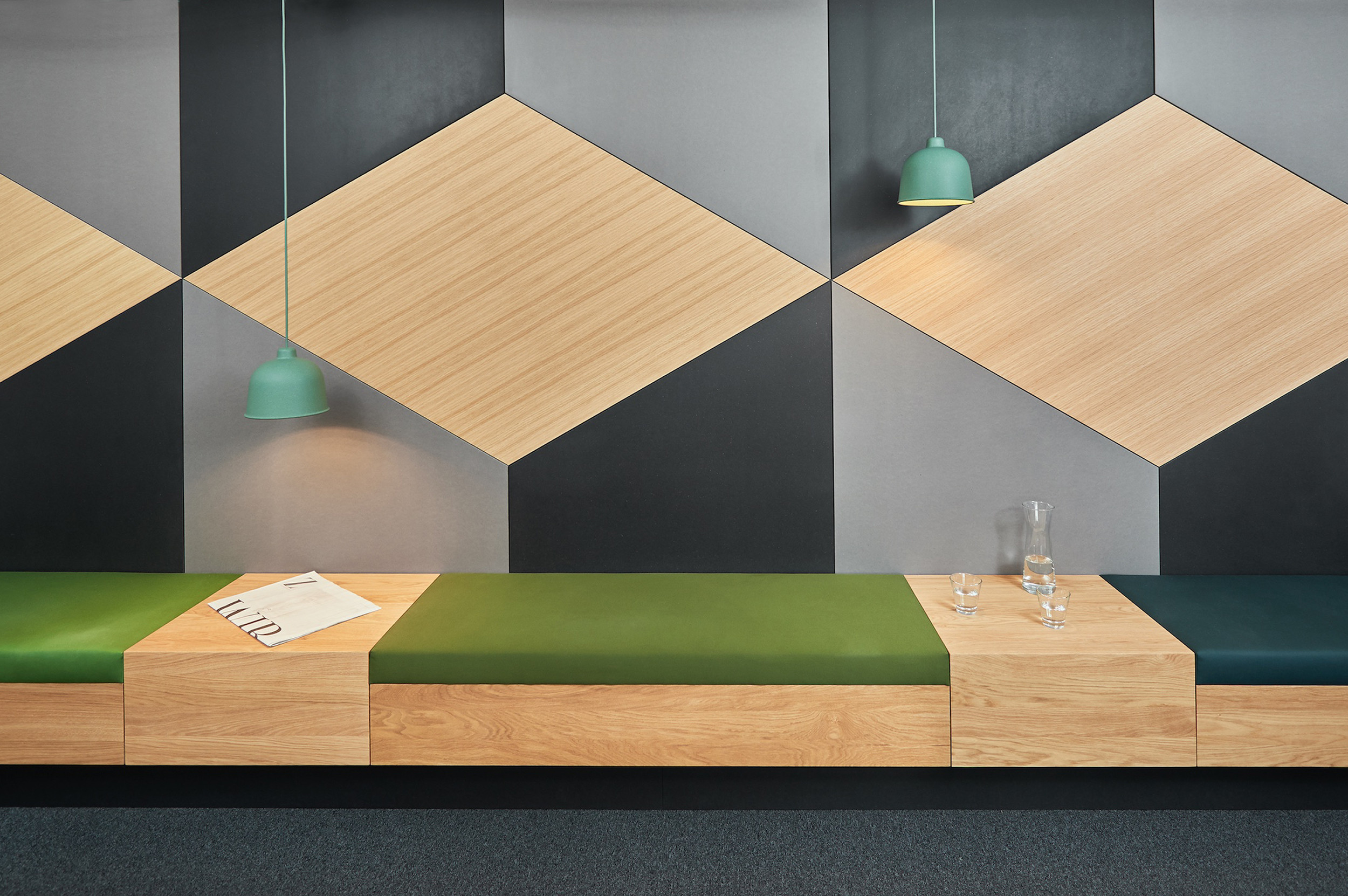 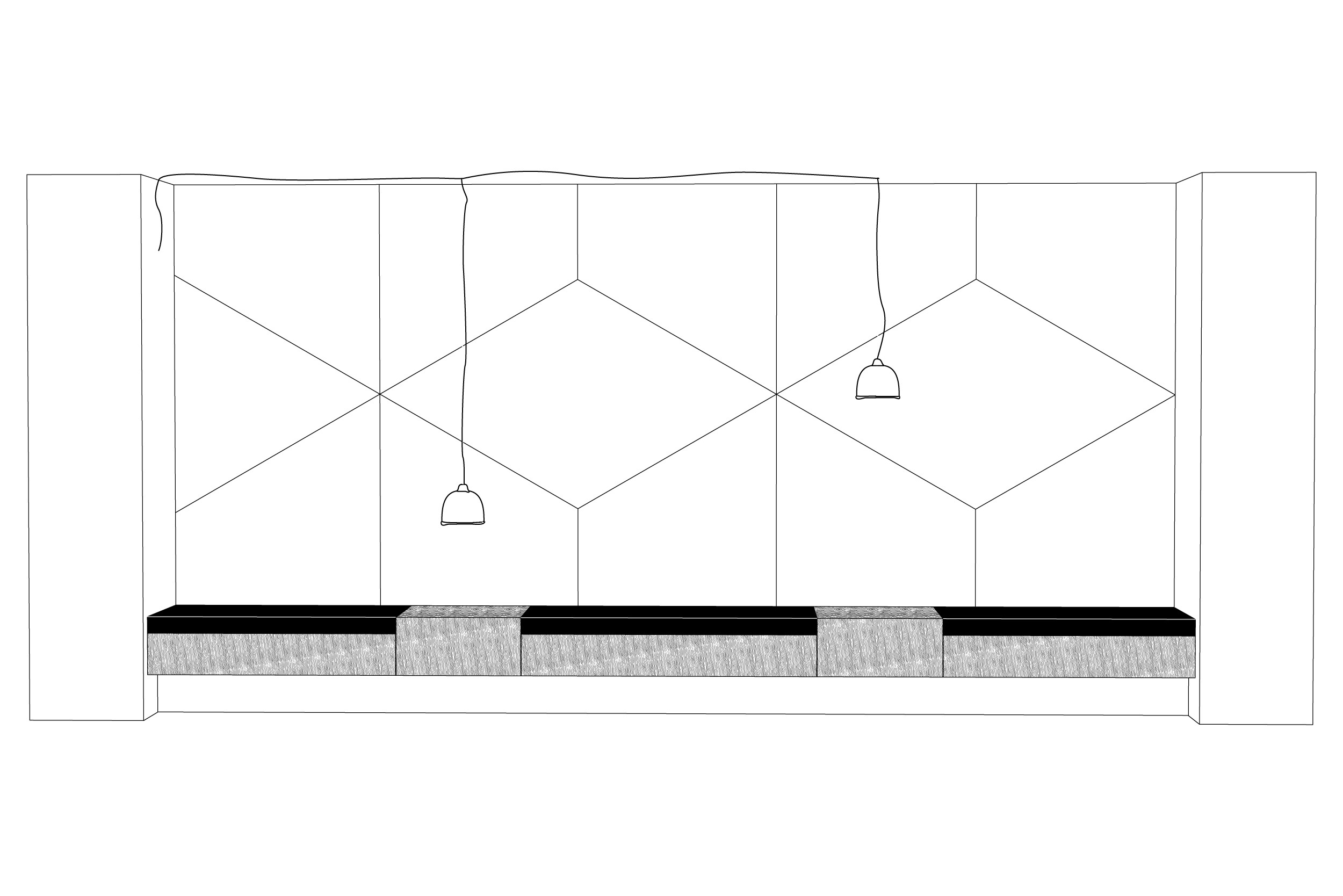 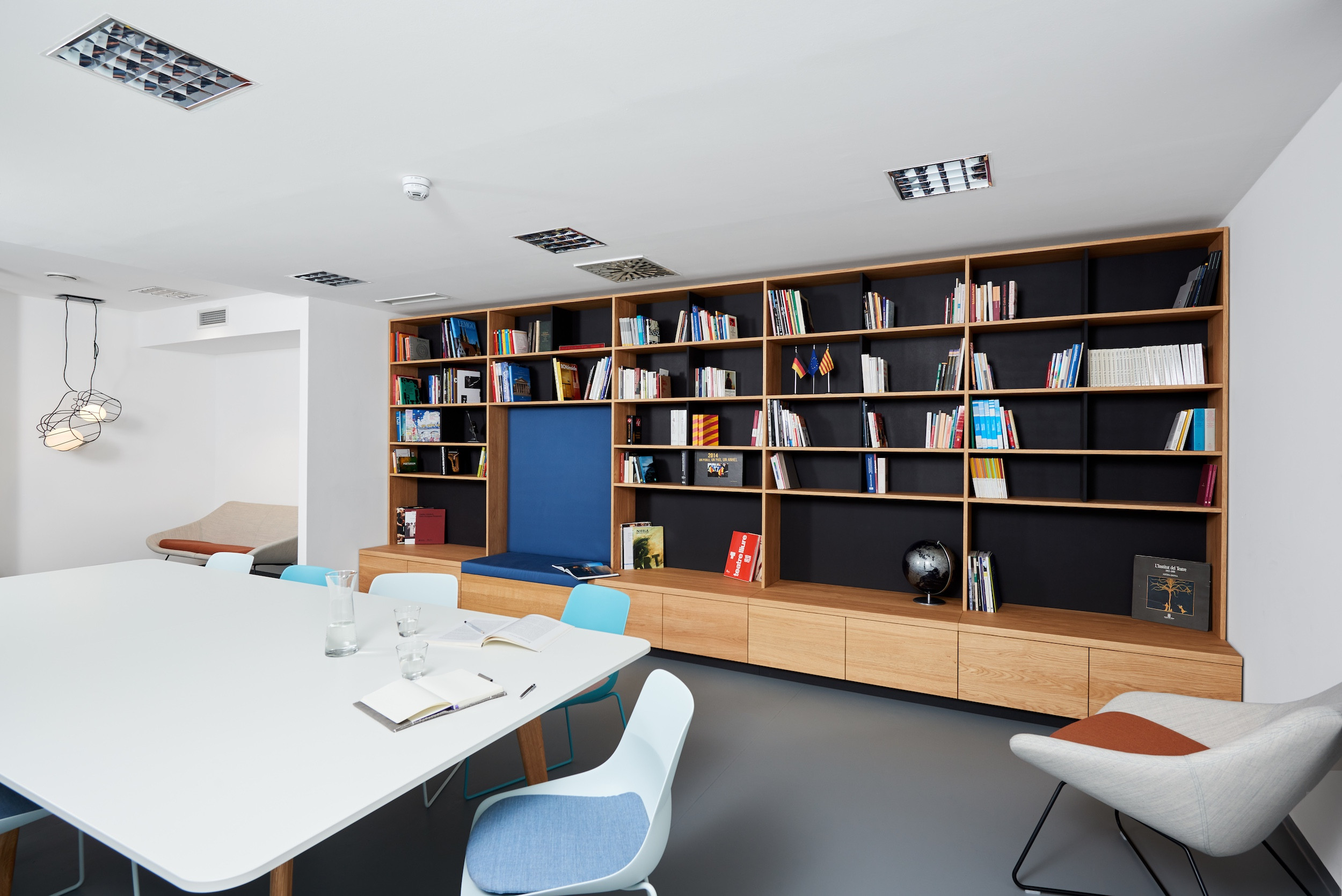 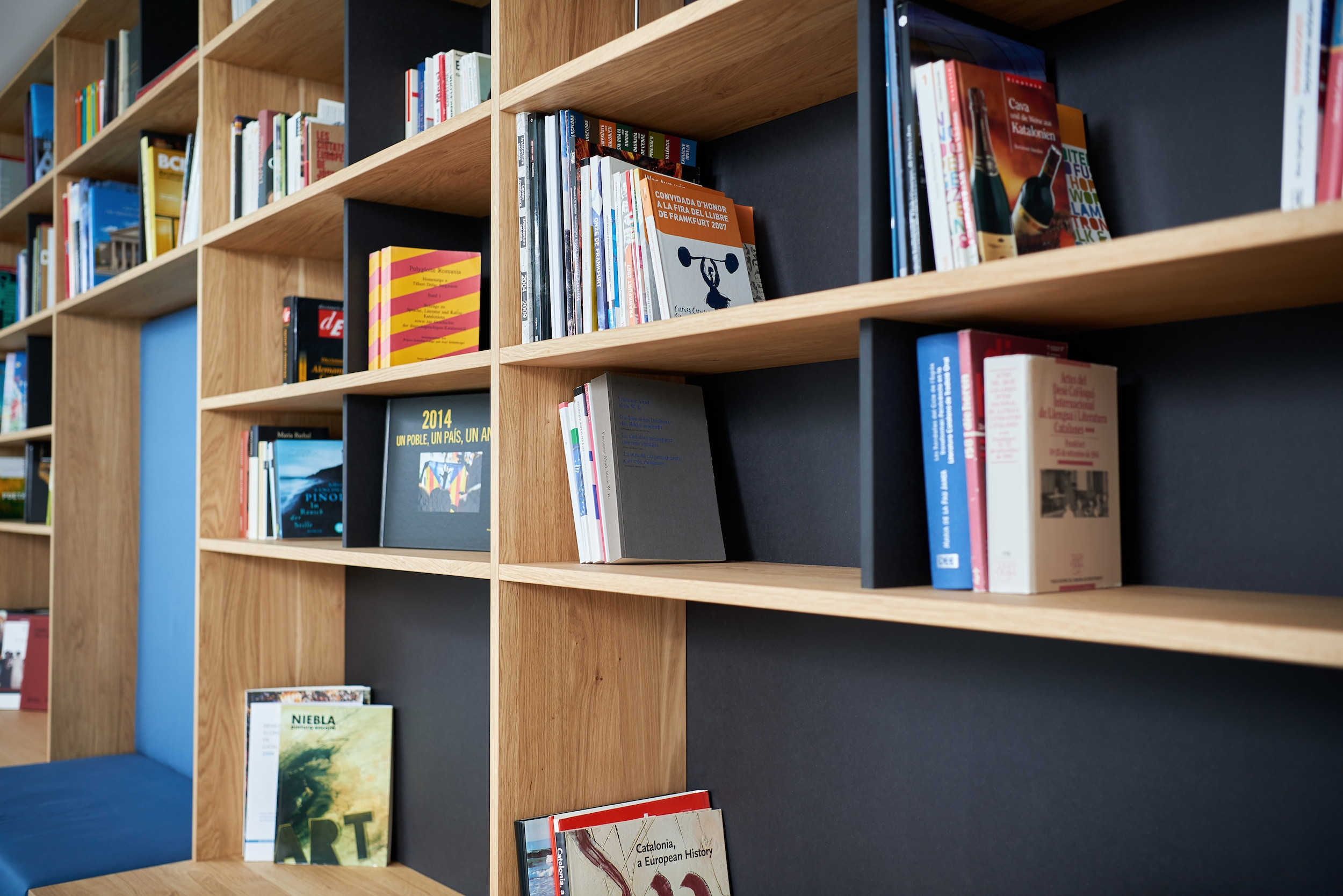 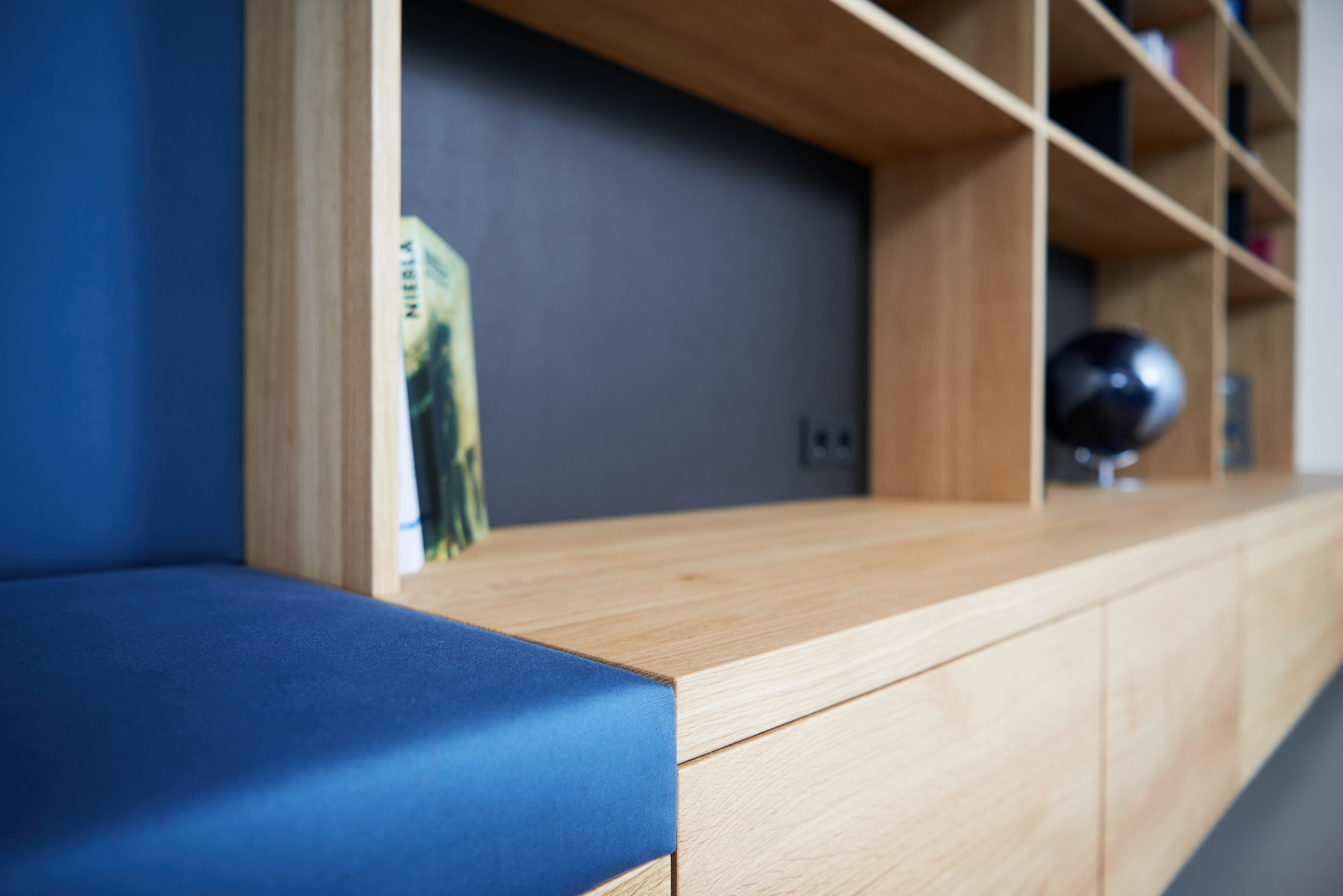 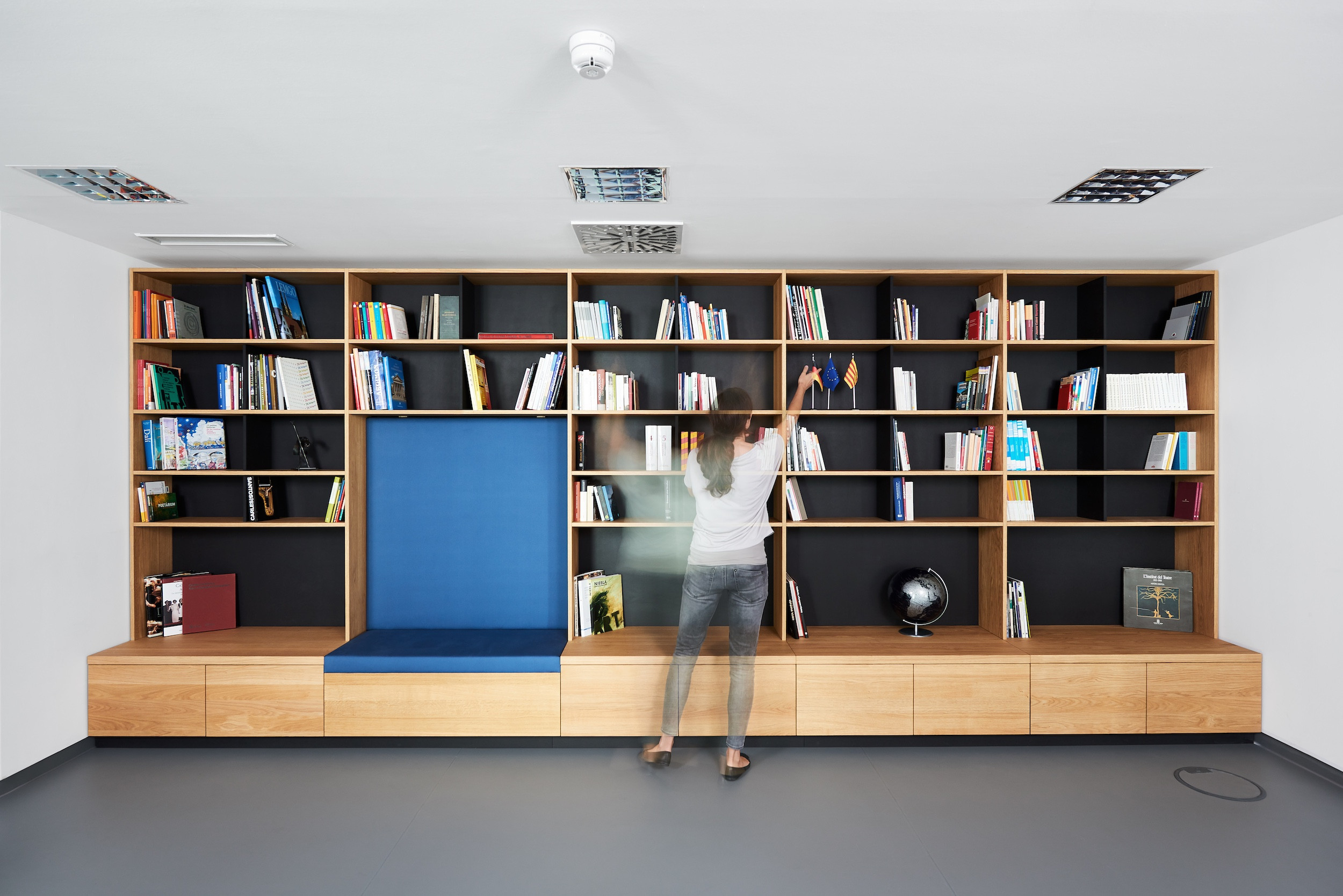 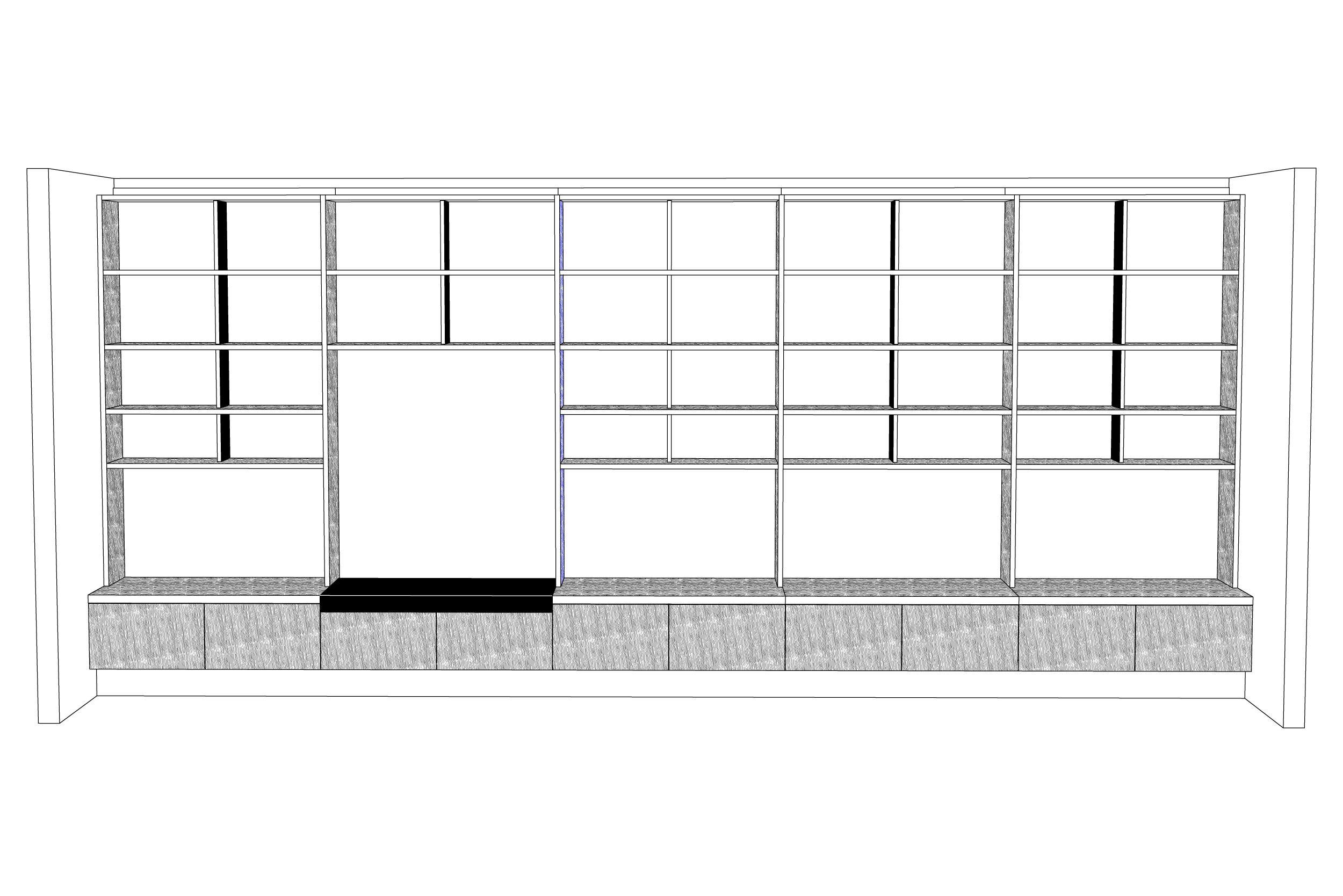 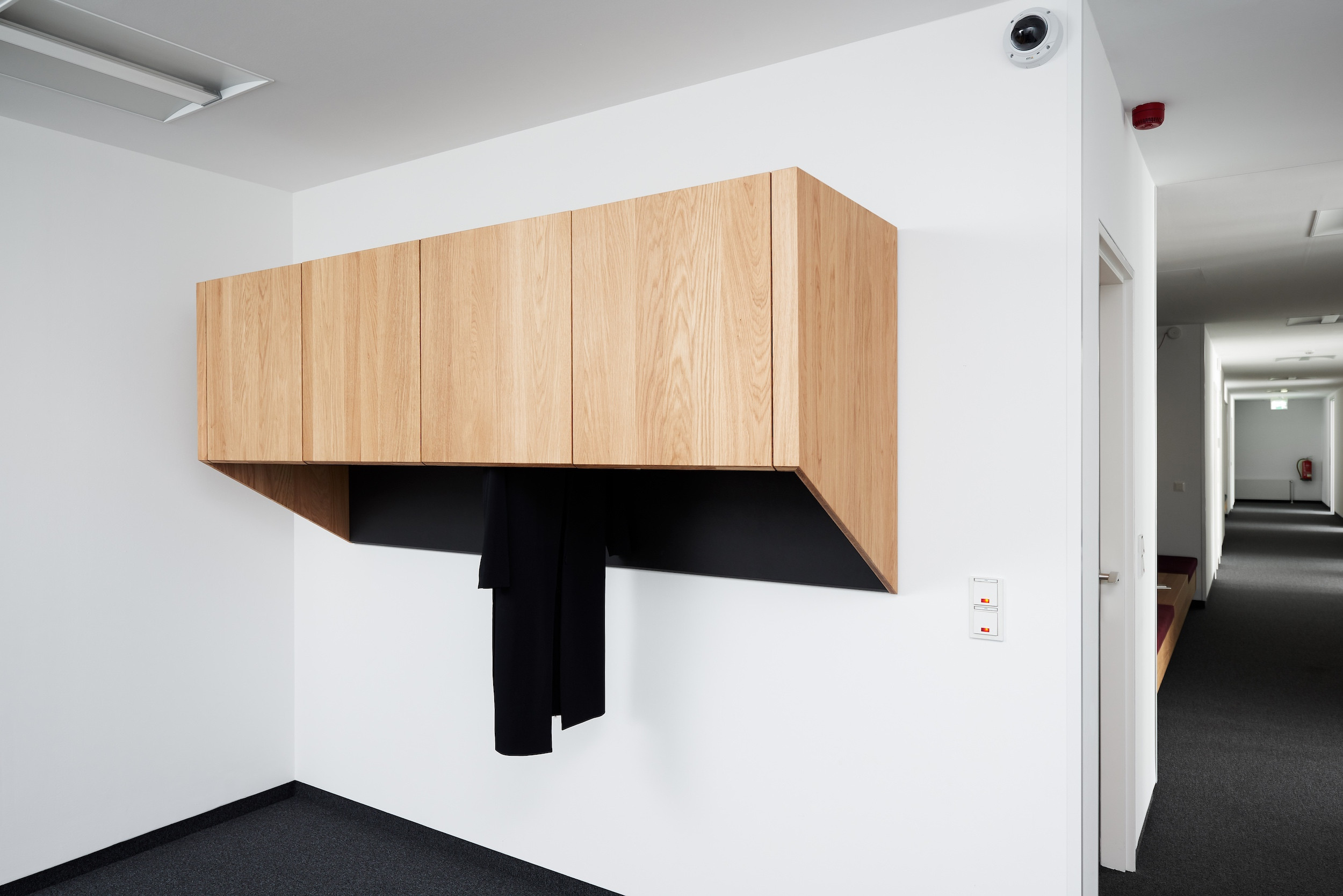 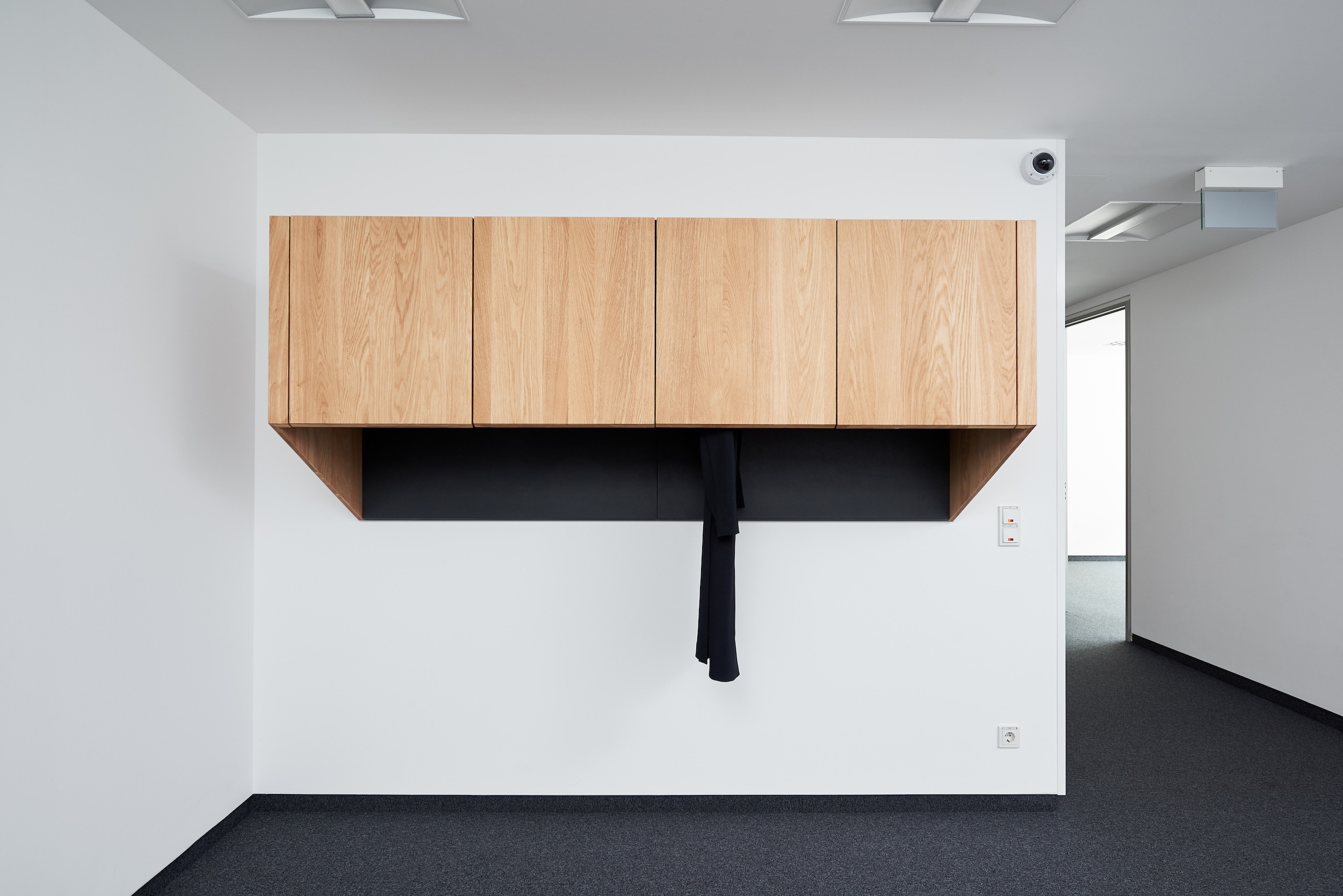 In a functional 1990s office building in Friedrichstrasse in Berlin, modern design was sought to lend flair to the conventional representational offices of the Government of Catalonia. By fusing high-quality materials, natural surfaces and colourful elements, the pragmatic premises are imbued with extra value and quality via small alterations. Linking the structure of ordinary office units, high-quality individual elements lend a uniform look and create space for communication. At the same time, the offices will be given a new symbolic framework.

The existing interior is complemented by new elements such as a reception counter, a library, seating niches and a cloakroom, created in collaboration with the filq design-studio. The reception desk in the entrance area has its own geometry, which does not conform to the strict rectangular lines of its context, but conspicuously stands out against the rest of the room. Created from oak wood and oiled anthracite-coloured MDF, the counter is lent a certain lightness by its dynamic shape, which also serves to direct visitors towards the adjoining corridor. The geometrically patterned panelling is an additional design motif which is resumed in other areas, such as in the seating niches in the corridor. As with the counter, these comprise of contrasting oak and anthracite-coloured MDF, while red joints enhance their individuality.

Niches, which had previously only served as storage space for filing cabinets, have been turned into inviting benches. Together with the patterned wall panelling, coloured textiles in muted reds, greens and blues and the recurring oak wood, atmospheric interspaces are created that invite interaction as well as resting and lingering. In addition to the simple and apparently floating oak coat rack, the hallway is given a boost by a newly formed adjoining library which is connected to it by a glass wall. Despite the challenges posed by fire safety regulations, the removal of walls has created additional space, which benefits from indirect lighting through the corridor. Equipped with a large conference table, lounge armchairs and a floor-to-ceiling shelf wall, this new environment offers space for communication, thus adding a new dimension to the office.