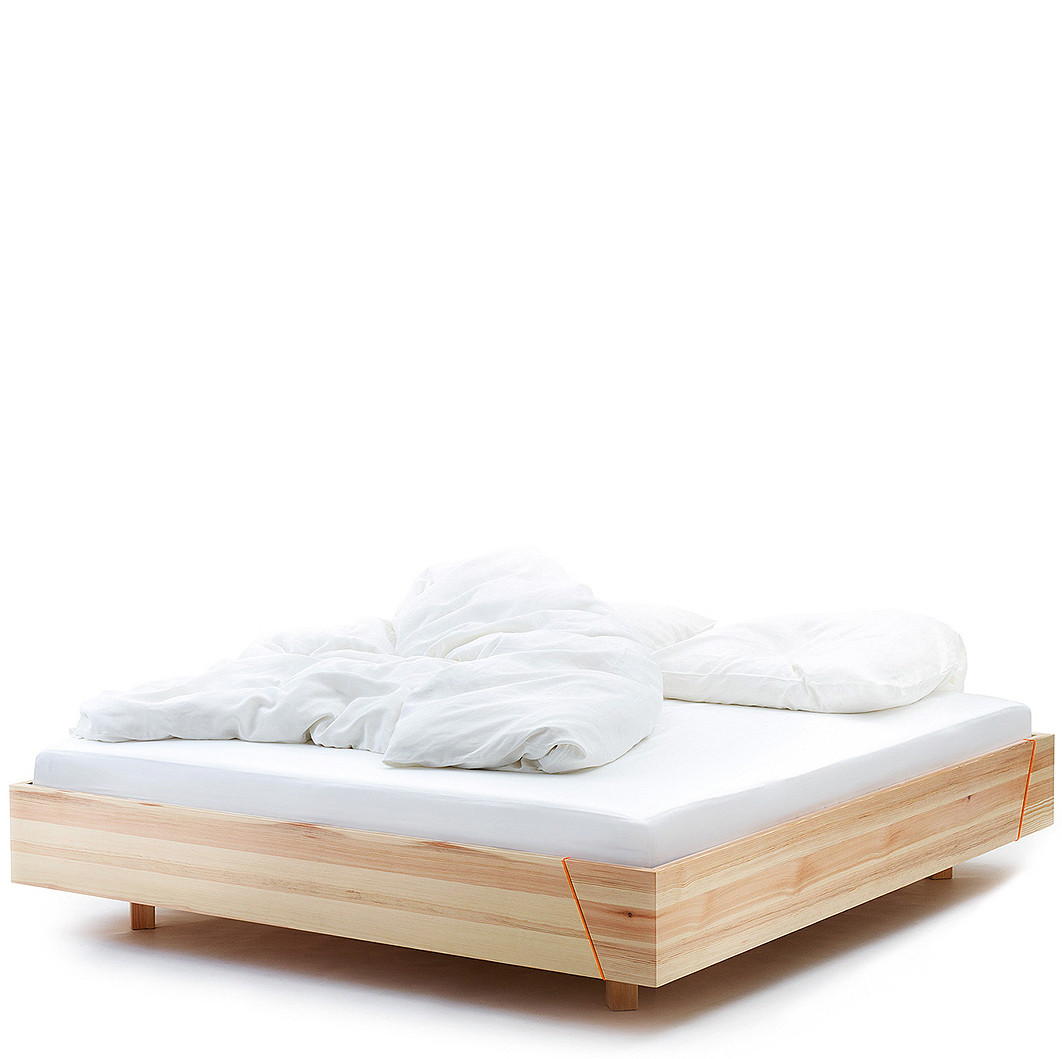 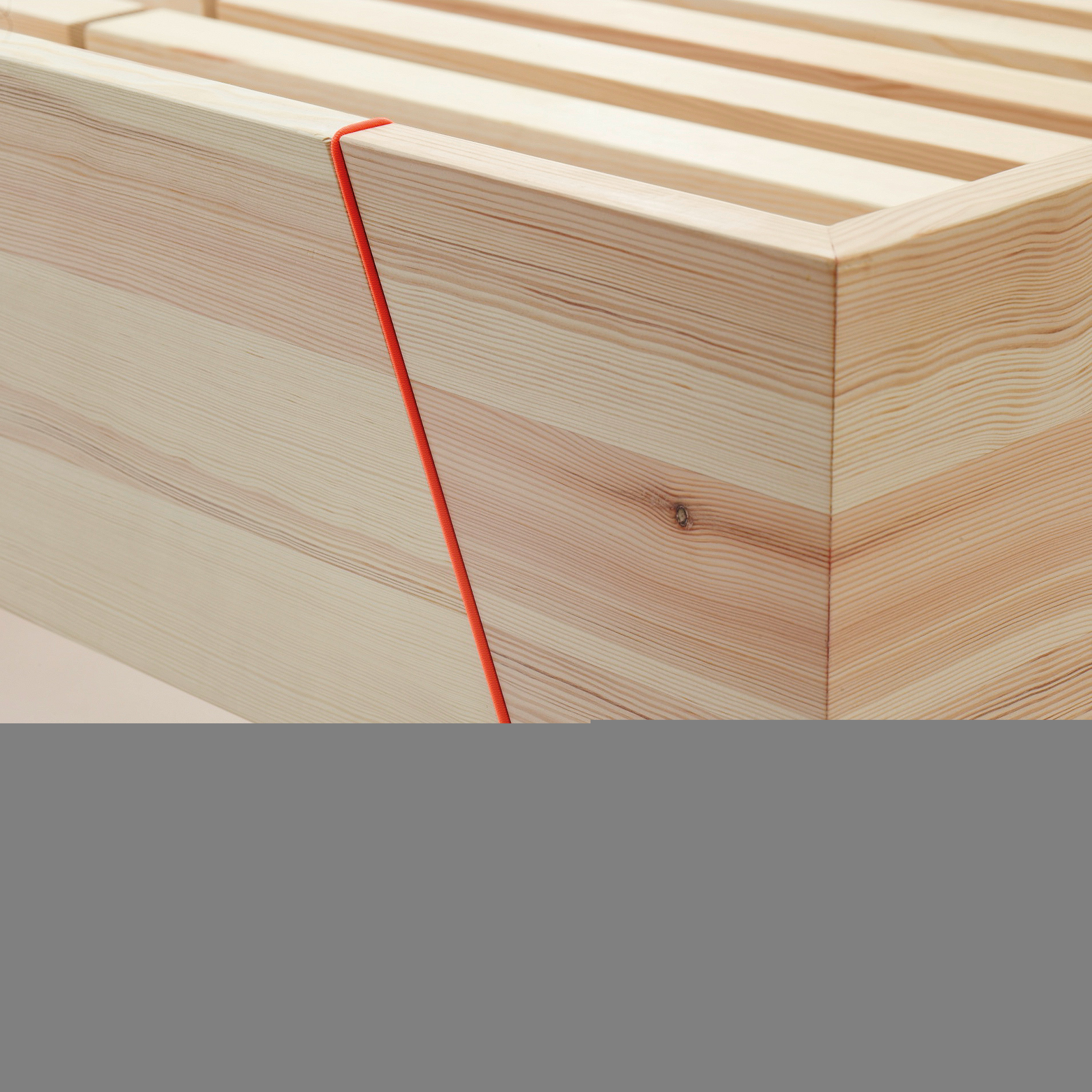 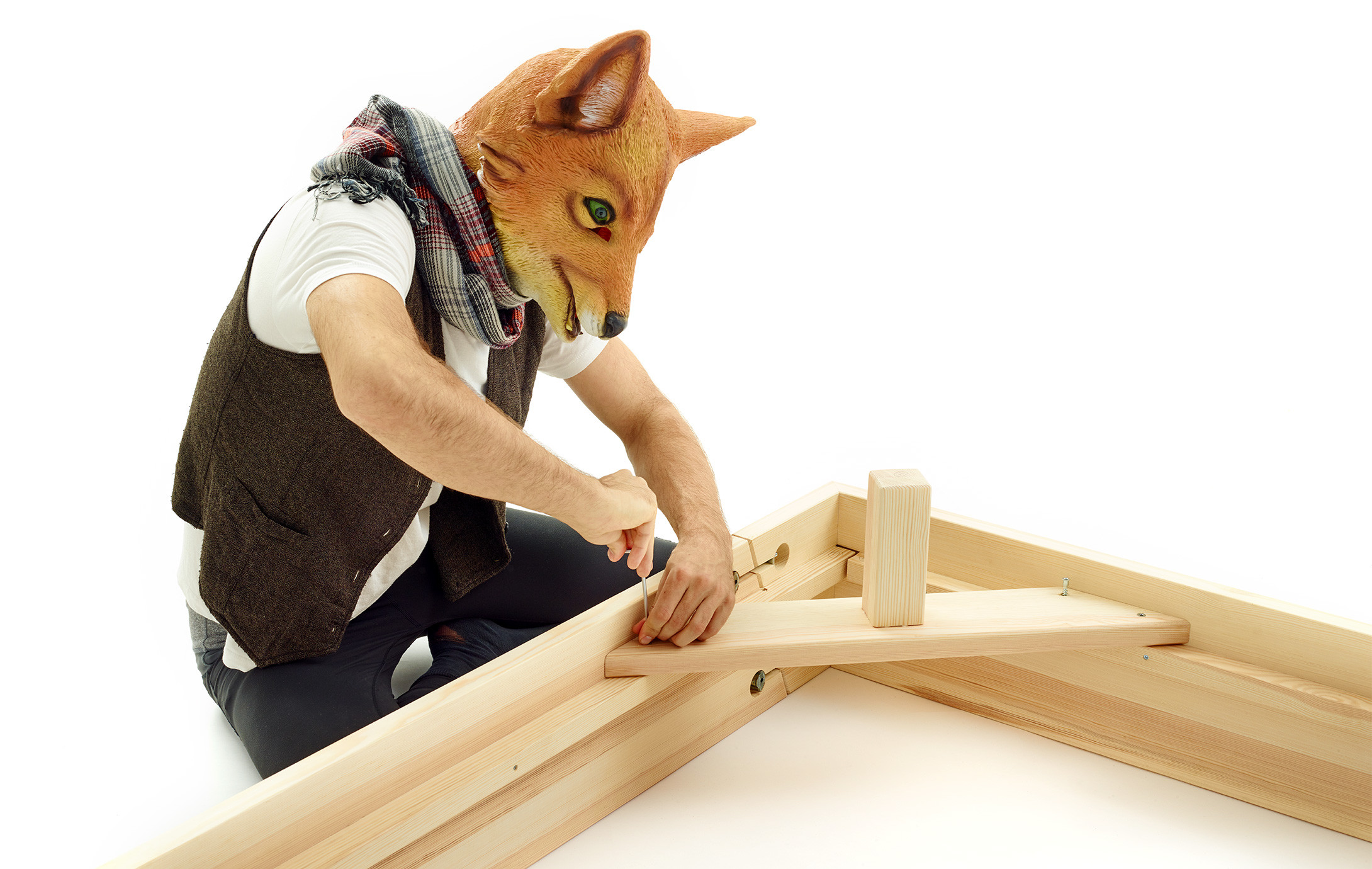 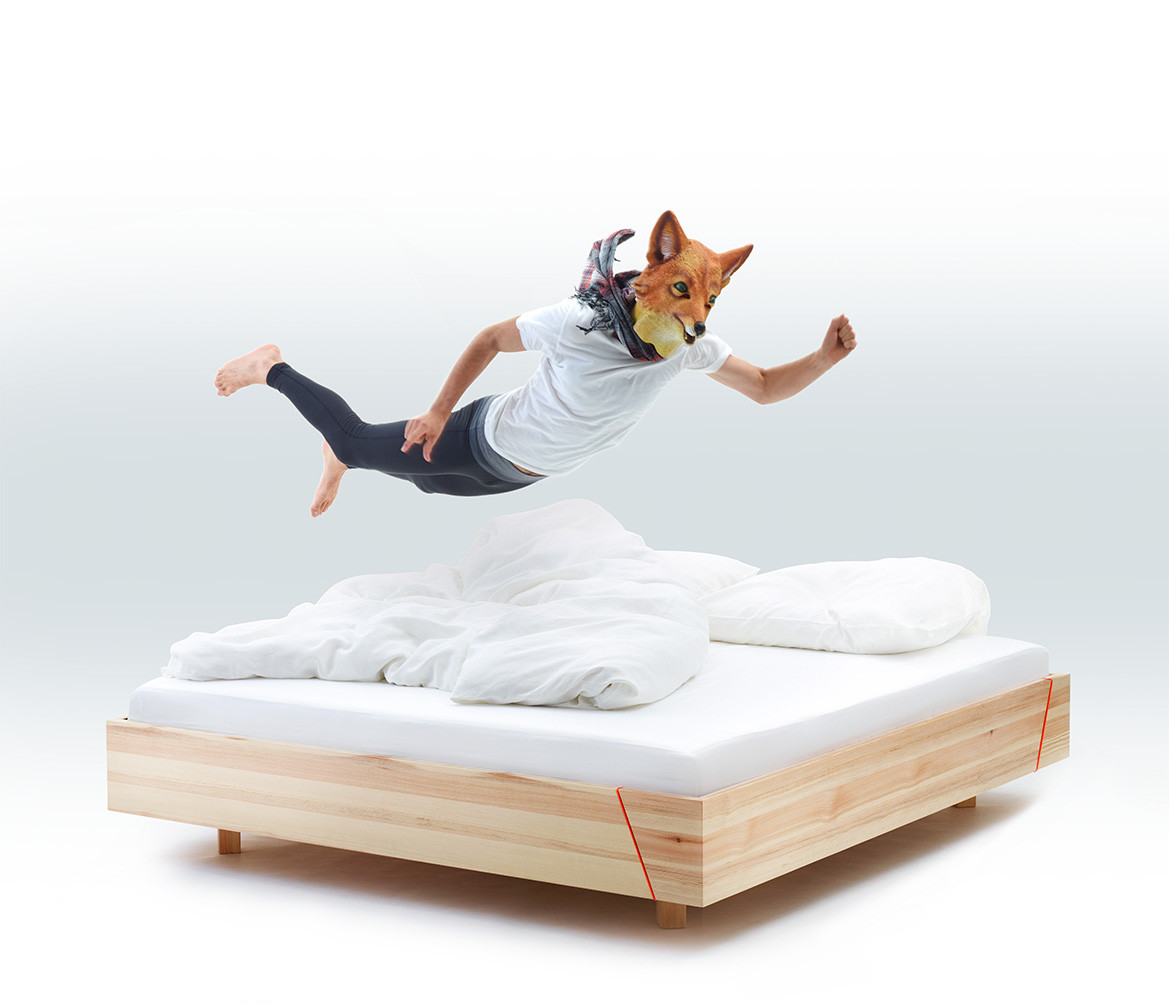 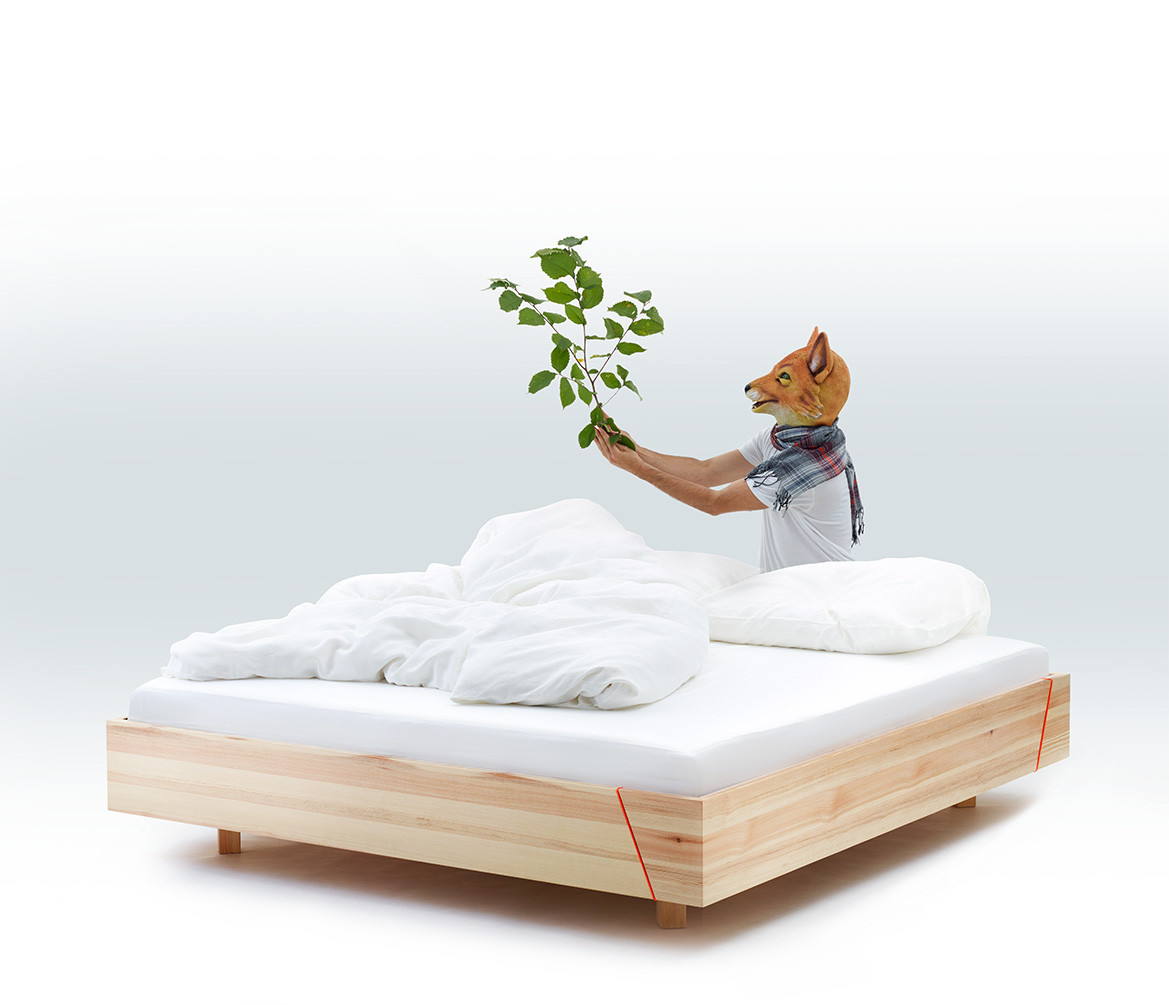 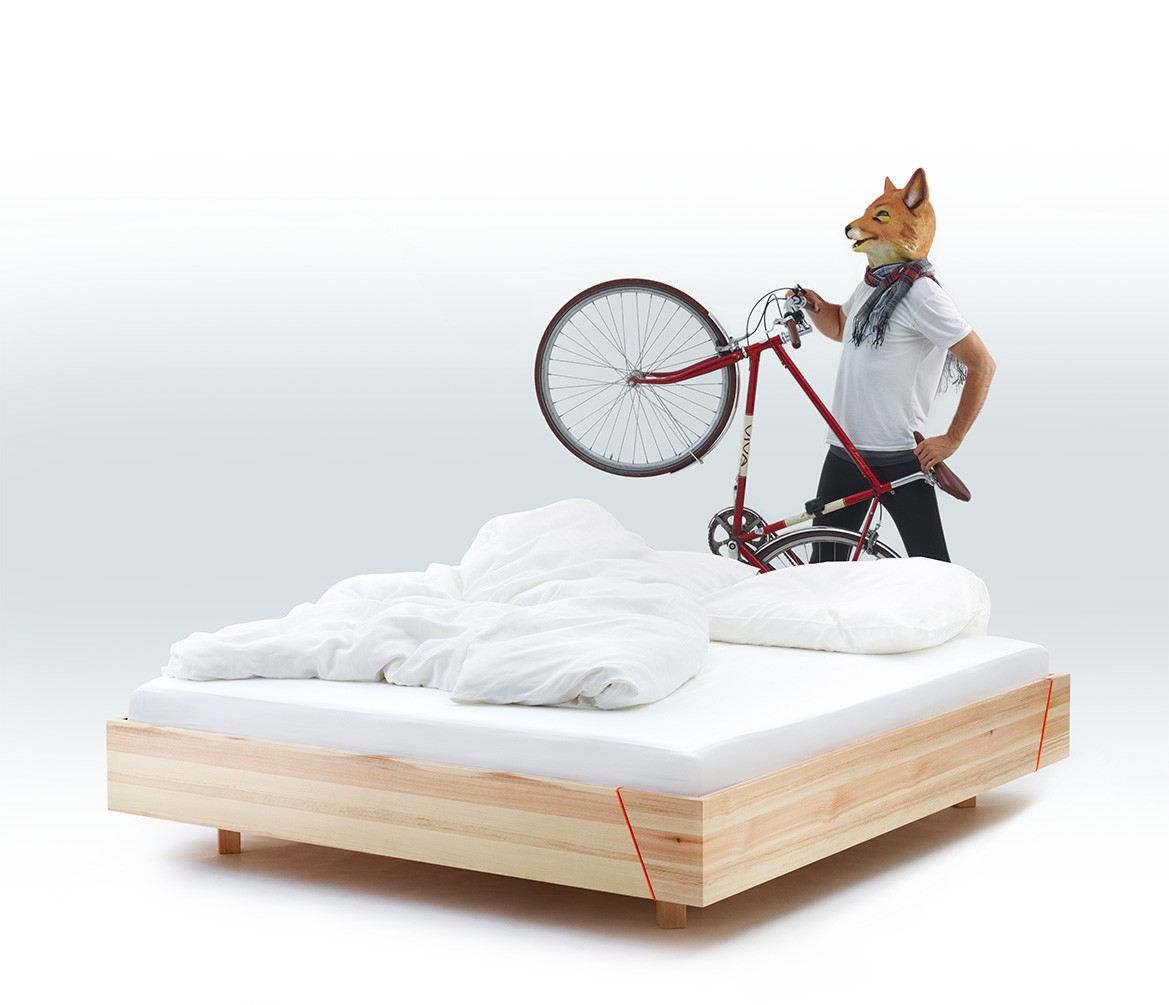 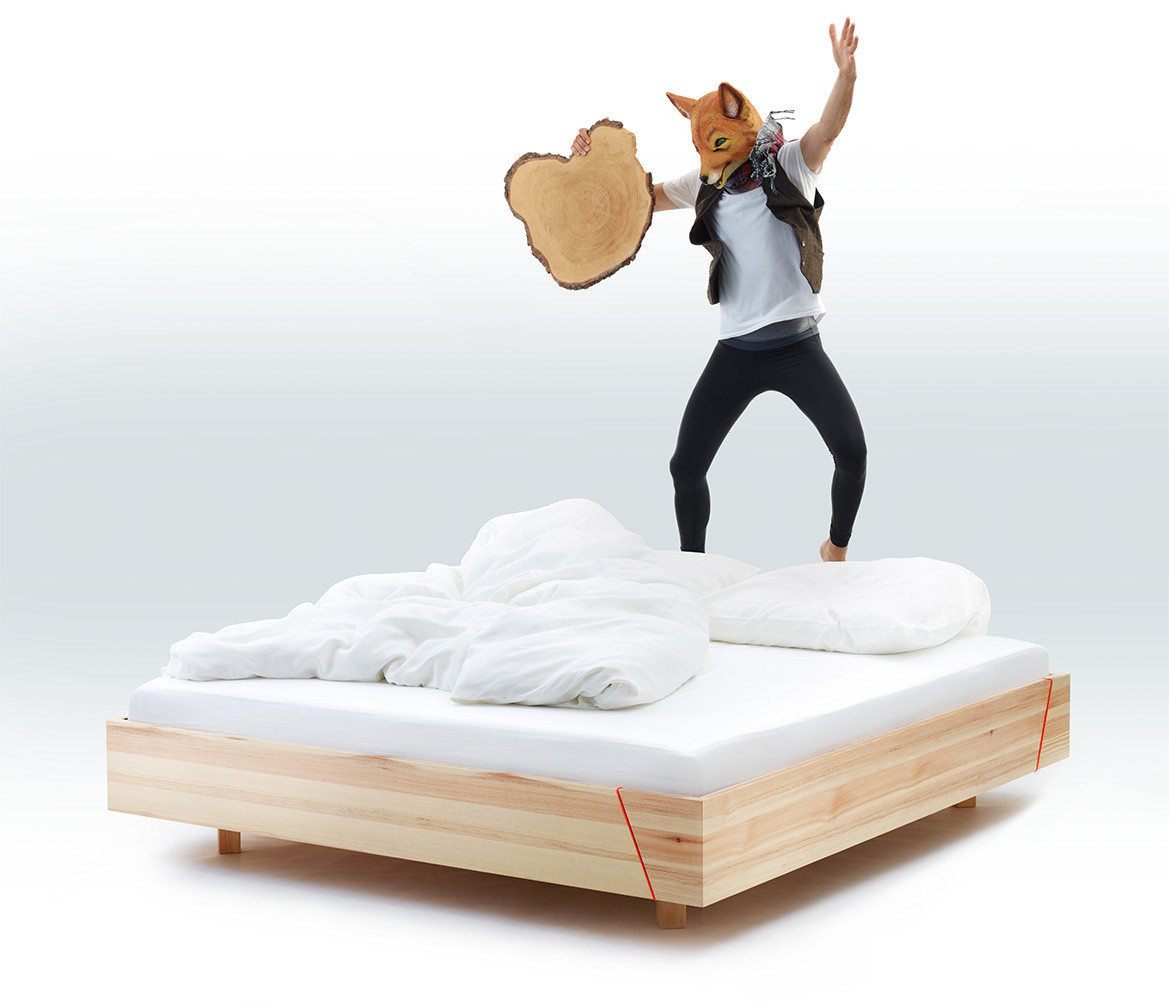 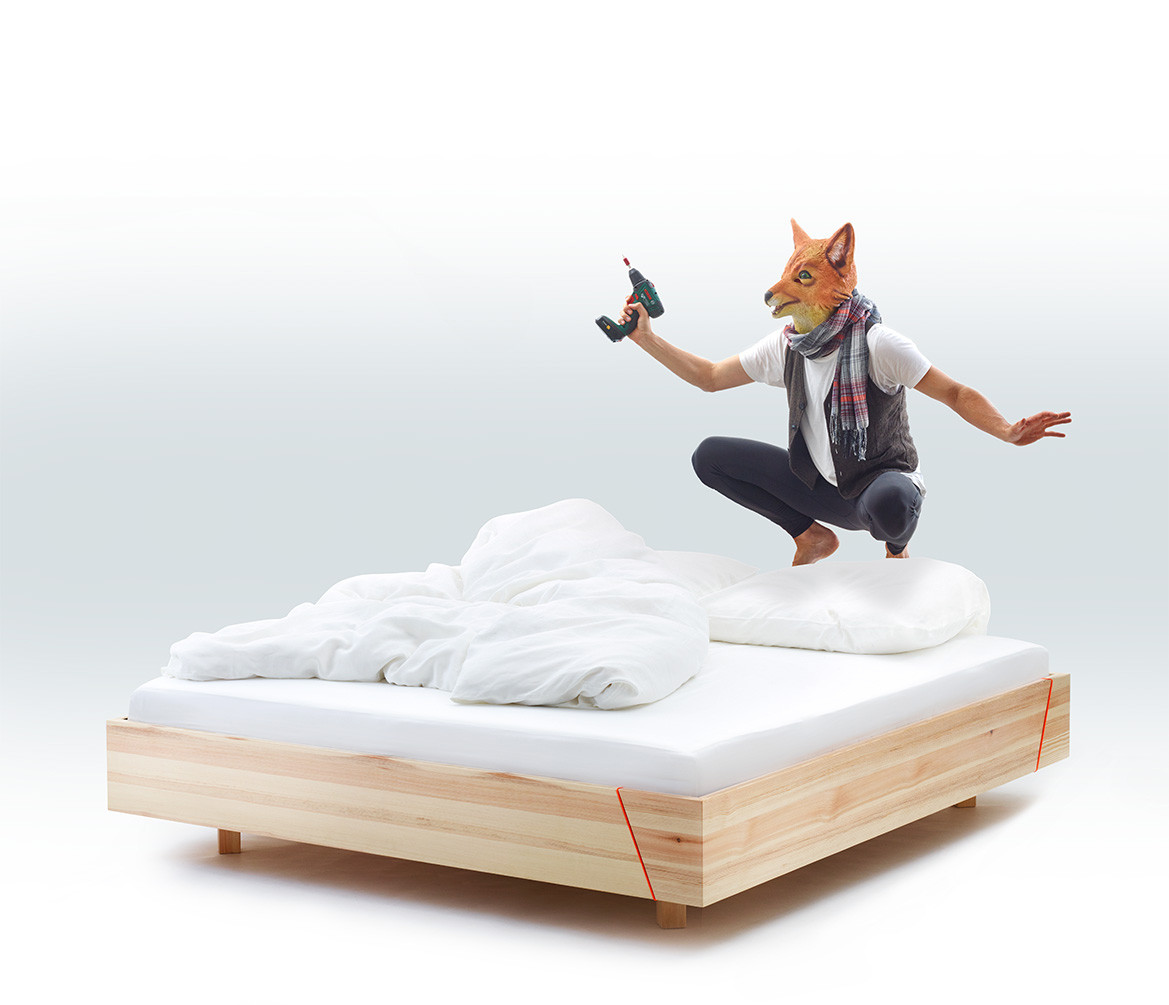 The Kiezbett is for all people who, alongside valuing healthy sleep, also prioritise social and ecological awareness and simple design. As a sustainably, socially and fairly produced solid wood bed, the Kiezbett is committed to significant, positive social change. The Kiezbett makes both possible - sleeping well while also changing the world a little bit.

An elegant frame that appears to float is created in a timeless design which is made of solid pine. Thanks to its simple construction, the Kiezbett can be easily assembled and dismantled in just a few minutes. By simply plugging the four elements together, a straightforward structure is formed, with an unmistakable appearance thanks to its diagonal connecting slats and its colourful joints. In addition to its quirky simplicity, the Kiezbett boasts stability and durability.